Steve Duda is known for his creative composition and technical efficiency. In the creation of BSOD, with dear friend and co-producer Deadmau5, their sound has received critical acclaim and has been featured on Pete Tong’s RadioOne show as well as many top international DJ set lists. With nearly three decades of production under his belt and working with renowned artists such as Nine Inch Nails, Rob Zombie, Sugar Ray, A Perfect Circle, Tommy Lee, as well as many others, he has been able to put together an act of his own. Duda performs in a live manner with such devices as the Lemur and Monome integrated with custom-built software to give a unique and inspiring show. On stage, Duda plays mostly his own music, including BSOD titles, which he sequences on the fly, while writing and manipulating drum parts in real-time. Steve has also designed, programmed some of the worlds best plugins - Serums, LFO Tool and Nerve. 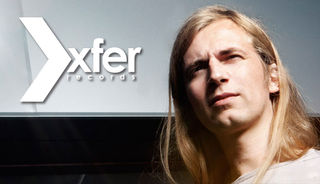