What About: Riddim Dubstep Rage 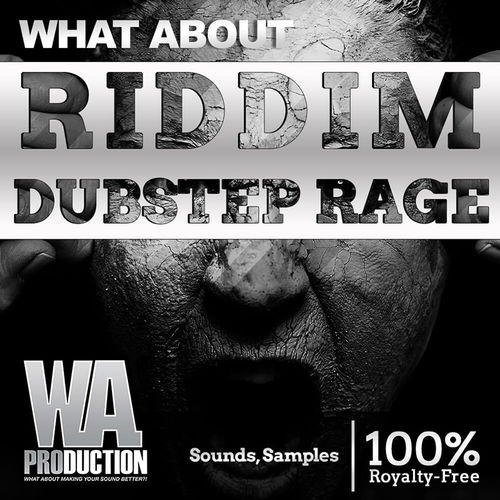 It's time to beef up your library with the sounds that are Riddim Dubstep. Choose from a wide variety of ultimate quality and reliability in creativity in audio samples from W. A. Production. We are breaking out the swanky synths, dark wobble bass, and beats that promise to keep the heads bangin in our latest release What About: Riddim Dubstep Rage. We've included some amazing melody lines, growls that would scare a lion, loops that could be on repeat all night, and wubs that speak from behind a wall of metallic distortion and swirling flangers.

If that isn't enough to excite your imagination check out the library of loops and one-shots where you will find claps with power and kicks that could level a city block. Crisp hats and cymbal crashes with plenty of breathable room to hit and sustain. On top of up lifters and down lifters you'll also find effects that are going to bring out the true dark characteristics and overtones.

Want to see how it's done? For all you Ableton users out there we have included the project files for the 5 construction kits you will find inside. All of our techniques, tricks, tweaks, and settings will give you an inside look into the minds of our best producers. Remix, deconstruct, reconstruct your own version of Riddim Dubstep. On top of the 5 kits, we threw in 158 additional sounds and 40 extra presets for Serum. What About: Riddim Dubstep Rage from W. A. Production gives you over 4GB of ragin' Riddim Dubstep audio samples, presets for Serum, and Abelton project files that put the power of creation into your hands.

Inspired by such artists as Mastadon, Borgore, Virtual Riot and Skrillex.