Firstly, a big thank you to everyone that took part in the remix contest! We will be having many more of them throughout the year.
So here are the winners picked by Richie (Dirty Secretz) - he has also been kind enough to provide some constructive feedback on all of the mixes.

If you would like to hear all of the mixes, including the winners, head to the remix competition page to check them out

Addict Man Remix - Addict Man
Love the soulful feel on this one, totally up my street! Plenty of originality and subtle use of the samples, would sit perfectly on the label. Would definitely like to hear more of his originals!

Downpour Remix - prism1031
Loving the bass and bigger room feel, clever use of the original samples keeping the original patterns in the piano and vocal but twisting them up. Very nice work!

Leyser DnB Remix - leyser
I'm a sucker for dnb and the re-programmed vocal line works so well with the faster bpm, love the fresh take on the track.

and the rest in no particular order..

Andrew Ford Remix
Really like this, narrowly missed out on the top 3. Love the deeper feel, the extra vocal stabs work real nice with the original samples. Don't think it quite needed the acid line on top but rest sounds great!

4ndroidG remix
Quite nice as a re-edit but would like to have heard more originality in this. You certainly can use as much or as little of the original as you want but when I look to get remixes for a track on the label I'm looking for them to stand out from the original, adding something new to the package.

ACKtion remix
For me a little to heavy for my tastes, this may be a winner with the techno crowd but not quite for me.

Ben Lloyd remix
I really like what Ben's done with the vocals, subtle but works well. The vocal-sax sound is quite cool, certainly gives it an original touch.

Big Boss remix
I'm little confused with this one, as it's been given a different, almost full vocal it feels like a different track. Production is pretty tight but it feels more like an original than a remix.

Carl Booth remix
Liking the old school vibes on this one, more of a side room feel but cool - gets a thumbs up from me!

Darren Marshall remix
Get what Darren is going for here, like the re-edited piano although sounds a little off - maybe needed a little more swing? Nice twist on the original though and bassline is very cool.

Fabrice Oze remix
Definitely more atmospheric this one, think it could have done with a little more production, possibly a bit more work on the drums but a nice job otherwise.

Franky Caldera remix
M1 organ adds a nice texture in this one, gives it even more of an old school feel but think it could have done with a bit more time in production.

Ison remix
I think there are some pitching issues with this one, perhaps best to look at the pitch of each of the samples being used and the progressions. Can hear where Ison is going with it but it could do with some more work.

JayDee remix
Another one that is a bit more of an edit than a remix, needs a bit of an original twist to make it a remix.

Jefferson Knight remix
Cool, deeper cut - for more chilled complications this would be great. Like the reworked piano chords, work real well with the synth used!

Lanzas Laraz remix
Some interesting touches to this one but it doesn't really go anywhere. I like the nice touches on the piano though!

Raze remix
Some nice elements, a dnb-feel house track but the elements seem to be in their own spaces with a combination of different sized reverbs. Would be great to have heard them more glued together to feel all as one.

Sureno Black remix
Deeper, stabbier mix - drums are real nice & tight. For me, though the arrangement doesn't go too far, it loses a bit of energy in the middle.

Vital Mistake remix
I applaud the different approach taken with it but the sax/brass sound is a little bit too harsh on your ears and maybe too prominent within the track. With the arrangemen,t it's also not really suited to club play being quite short and no real mix out. 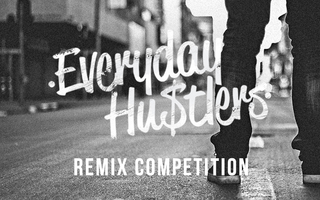